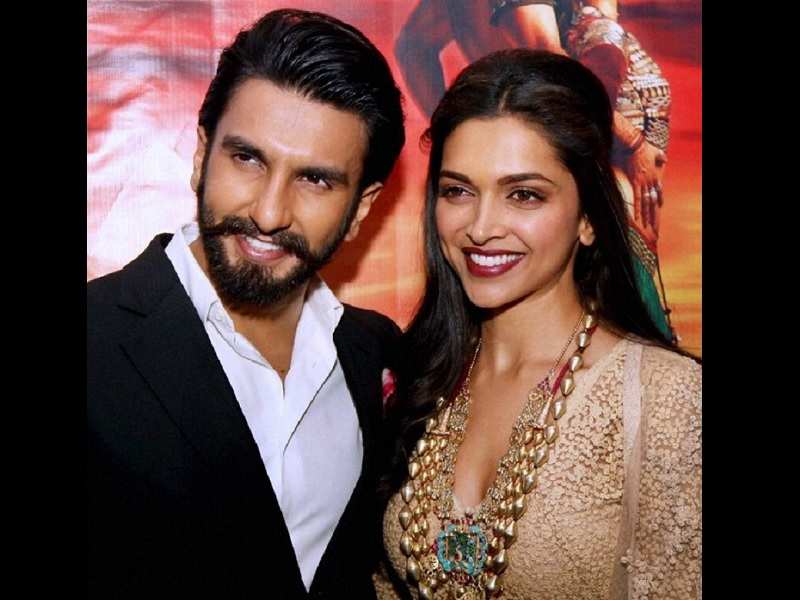 Speculations have been going around for a long time that Bollywood couple Ranveer Singh and Deepika Padukone will tie the knot this year. Although, the two have not confirmed it, they have neither denied this information. Now, some exciting details have surfaced about the secret wedding that is reportedly taking place on November 12th. Apparently, it will be a grand yet very private ceremony that will be held in Lake Como in Italy. It also seems that personalized invites will be sent to the select guests for the occasion. Interestingly, if reports are anything to go by, then international stars Elton John and Madonna have also been invited for the big day. Moreover, there are a certain set of rules that the guests have to abide by such not carrying their cell phones inside the venue. This is apparently done to ensure that no private pictures are leaked on social media without Ranveer or Deepika’s approval. Well, one thing is certain that with so much secrecy, the fans will now get even more interested about the wedding. 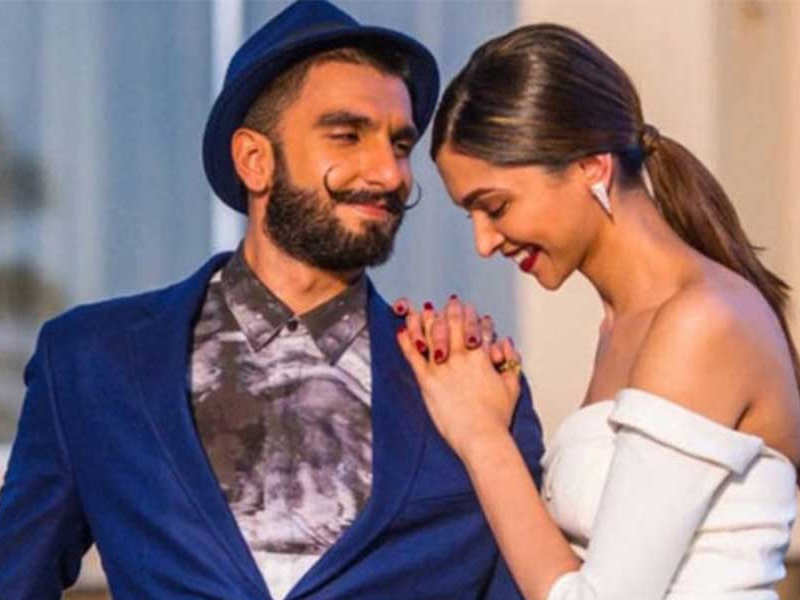 DeepVeer fans are waiting with a bated breath for the couple to make their D’ day announcements. As we say there is no smoke without fire the actors who are constantly in the headlines for their impending wedding are dropping hints to their fans about the big day through rumour mills, which has churned a lot of stuff till date.

Now the latest what we heard is that Ranveer Singh has been shifted to a five star hotel, Lands End at Bandra, in Mumbai as his house is under renovation. Reportedly, a source has informed that he will stay at the hotel for two more weeks till the renovation work is completed. On the other hand it is also reported that it is not sure whether Deepika-Ranveer will stay at the newly renovated house but the renovation work is taking place in full swing at Ranveer’s residence currently. What exactly is instored, only time will tell!

Keep glued to this space for more updates on Deepika and Ranveer’s impending wedding.

3/10Will Deepika Padukone and Ranveer Singh’s wedding be similar to that of Anushka Sharma and Virat Kohli’s? 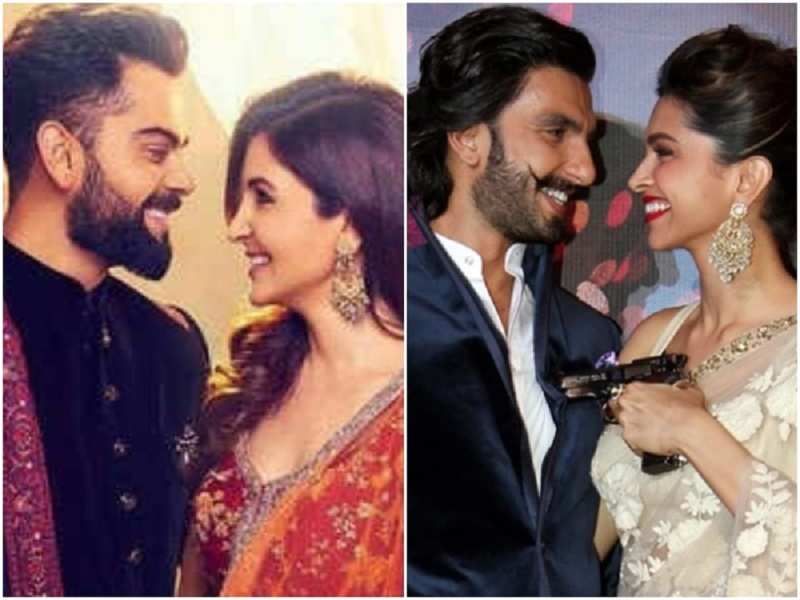 Deepika Padukone and Ranveer Singh have been making the headlines for quite some time now and the reason is their rumoured wedding. The two have been tight-lipped about the rumours and have time and again avoided the question.

The rumoured couple who have never accepted their relationship in public have been spotted on various occasions together and their social media banter is something which can not go unnoticed.

With rumours about their marriage making rounds, their fans have started speculating that their wedding is going to be like that of Anushka Sharma and Virat Kohli.

The rumoured couple are reported to tie the knot on November 10 in Italy but on the other hand, there are rumours that they would tie the knot in Bengaluru or Mumbai due to their professional commitments.

According to the buzz, the rumoured couple has asked their guests to not carry their cell phones to the wedding as they want to keep their wedding a private affair.

Now, we all are waiting for the duo to come out and make an official statement soon.

4/10Ranveer Singh and Deepika Padukone to have a traditional Sindhi wedding? 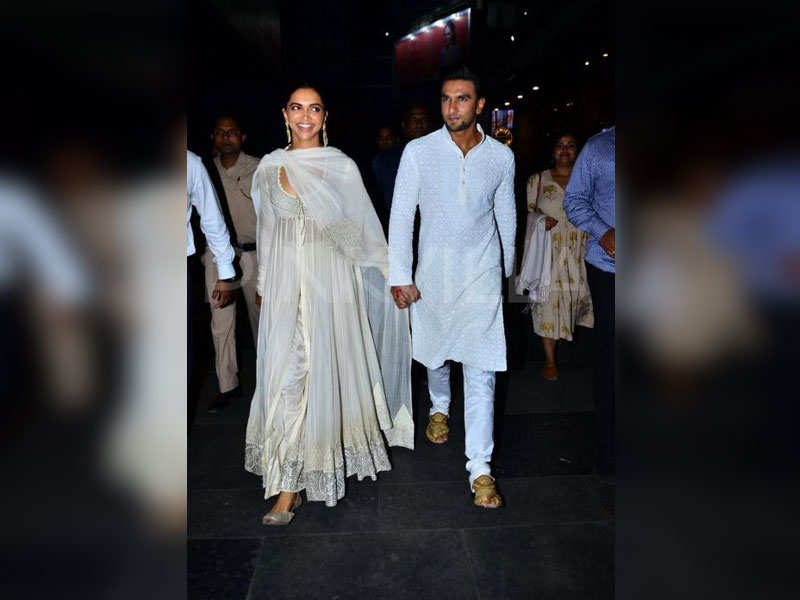 According to the latest reports, Ranveer Singh and Deepika Padukone are expected to tie the knot in November, in Italy. The latest round of rumours suggest that Ranveer’s family wants a typical Sindhi wedding, with traditional customs.

So far the two have not publicly accepted or denied their relationship, but they have been quite vocal with their PDA online and offline. Tongues went wagging after Deepika recently said “You will know soon” to queries of her marriage with Ranveer. Buzz is that Ranveer and Deepika’s wedding will be a close-knit affair that will be attended only by their families and a few close friends. The couple is expected to host grand receptions once they return to the country.

5/10Ranveer Singh had his bachelor party in Orlando? 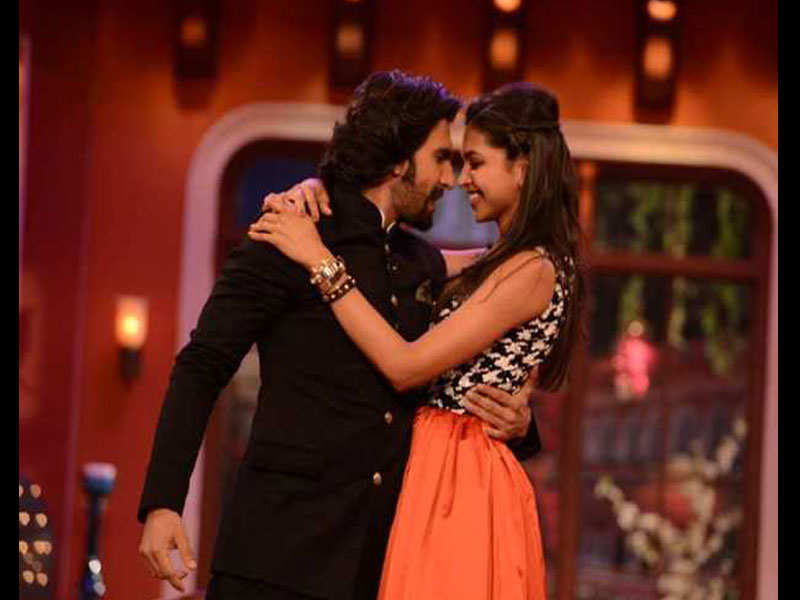 Here’s another piece of report to add to the story of Deepika Padukone and Ranveer Singh’s rumoured wedding. The buzz has it that the first official function of the wedding parade has been done. Just a couple of days back Deepika and Ranveer were spotted in Orlando, and if reports are to be believed then the two were there for the bachelor’s party.

According to the reports, Ranveer was planning for his bachelor’s party for the past two months. When he flew to Orlando in the last week of August, it appeared like the actor was on a short vacation, but now the buzz tells us something else. The rumour mills are also abuzz with reports of Deepika Padukone gracing the party with her presence. If all this is true, then we are sure the cupid’s plan is being executed in just the right way.

Deepika Padukone’s last statement “You will know soon” somewhere dropped a hint at their wedding plans. Reportedly, so far the two have planned to take vows at Lake Como in Italy on 20th November. The ceremony will only have close friends and family and in order to assure complete privacy, the guests have been requested not to bring their phones along. 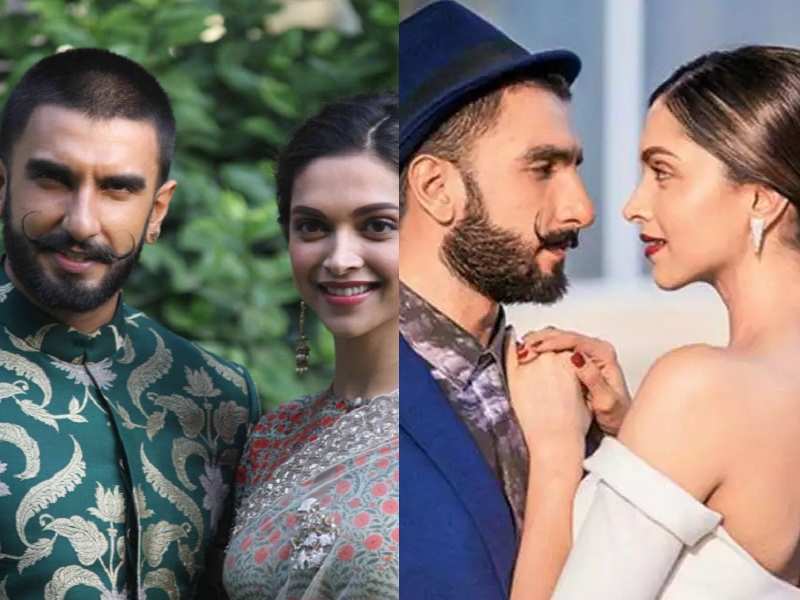 Deepika Padukone and Ranveer Singh’s rumoured relationship has always been the talk of the town. Be it their films, their airport spottings, their PDA moments, anything and everything gets special attention in the media. These two superstars are finally said to be tying the knot after years of courtship. With many B-town stars getting hitched this year, Deepika-Ranveer are the latest to join the bandwagon. Let’s take a look at each and every detail about their special day. 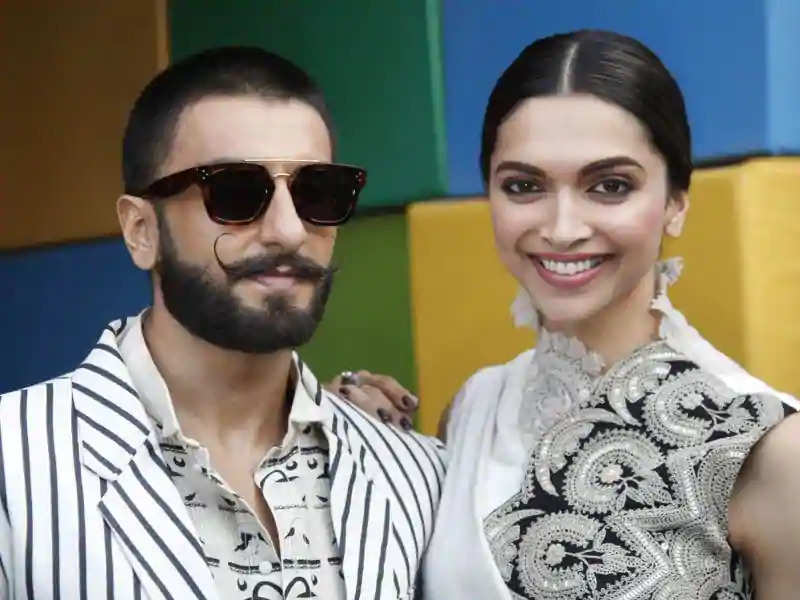 Though the final date is yet to be announced by the couple, many tentative and alleged dates are making rounds in the media. It was initially said to be November 10, and later on it was reported that it will take place over November 19-20. Well, there is no confirmation on the dates till now but the month of November is something to watch out for.The final date

Though the final date is yet to be announced by the couple, many tentative and alleged dates are making rounds in the media. It was initially said to be November 10, and later on it was reported that it will take place over November 19-20. Well, there is no confirmation on the dates till now but the month of November is something to watch out for. 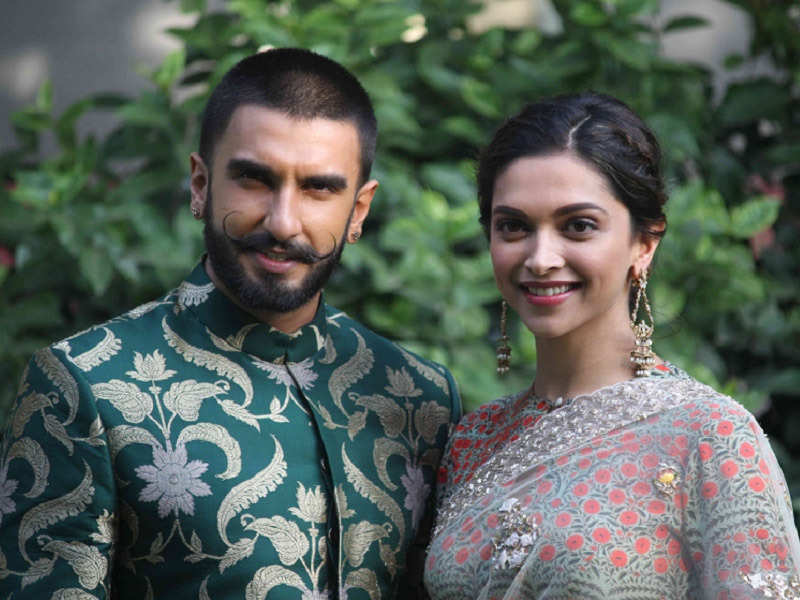 Reports have long stated that Ranveer Singh will marry Deepika Padukone in Italy, and now it seems like the couple has picked Lake Como, in Lombardy as the destination for their dreamy wedding. The couple will reportedly exchange their vows at the foothills of the Alps which is known for its dramatic scenery. Only a few close friends and relatives will be invited to attend the wedding in Italy. Another couple who tied the knot in Italy is Anushka Sharma and Virat Kohli. 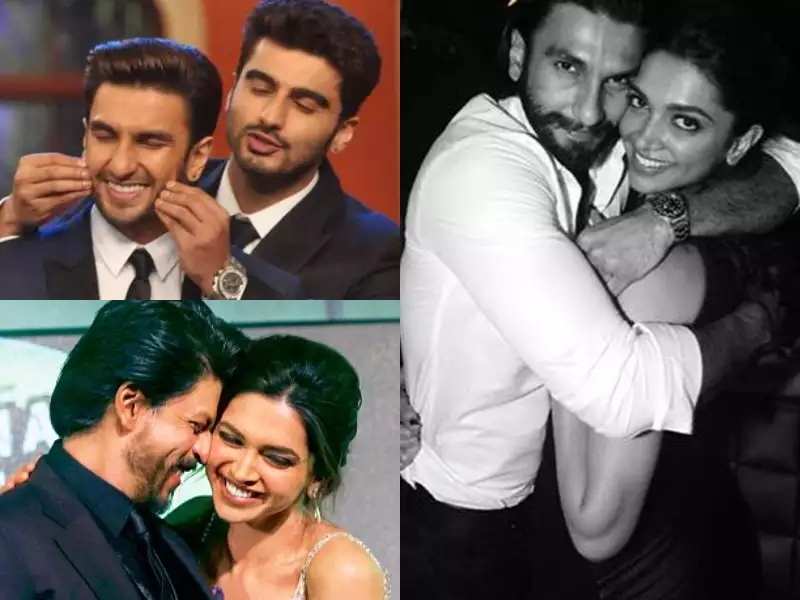 Arjun Kapoor, who is Ranveer Singh’s close friend, while Shah Rukh Khan who has long mentored Deepika Padukone will join the big day and make it more special with their presence. Apart from the limited guest list, Ranveer and Deepika are reportedly going to host a wedding reception in Mumbai for their other friends who wouldn’t make it to their wedding. Interestingly, they will host two receptions, one in Mumbai and the other one in Bengaluru. 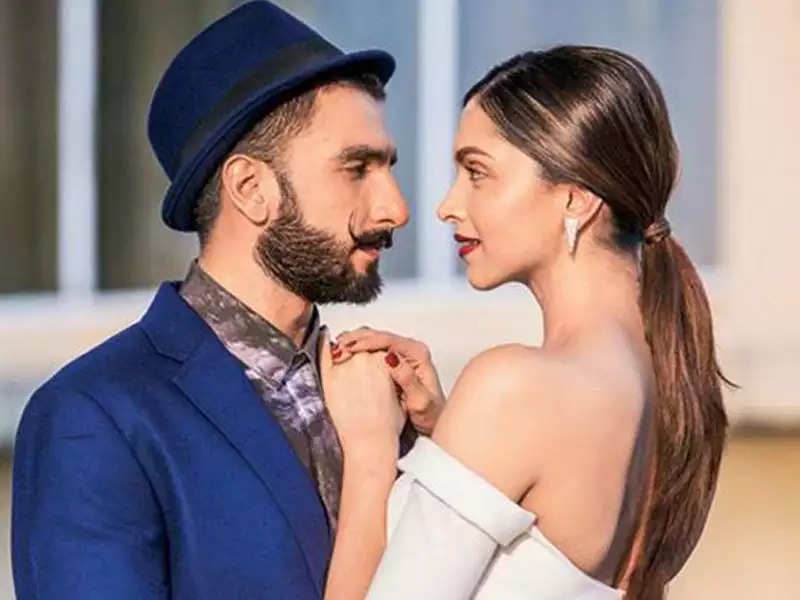 It is reported that to preserve the privacy in their wedding, Deepika and Ranveer have come up with an idea where they will ask the guests to not to bring their mobile phones at the wedding ceremony. This could help the family and the couple to maintain their privacy. Good idea we must say! Hope the guests are listening!

Mohanlal Joins The Second Schedule Of His Next Big Project In Tamil!

Super Star’s Next Project after Darbar to Commence soon

Get ready Folks… Sarkar Controversy comes to an end